Barely arrived, the construction sites are not lacking for Amélie Oudéa-Castéra. The new Minister of Sports, appointed by Emmanuel Macron on the proposal of Prime Minister Elisabeth Borne on Friday May 20, is preparing to live a muscular mandate. At the heart of it, the Paris Olympics are among the main international events on French soil, not only in the world of sport, but more broadly in the political agenda of Emmanuel Macron’s second five-year term.

Their outfit is far from being the only priority that awaits the successor of Roxana Maracineanu. And the schedule promises to be tight between urgent files and substantive work.

Paris 2024: the duty to organize well, the challenge of continuity

This is the meeting that the sports world in France has been waiting for for so long. The career ofAmelie Oudea-Castera will forever be marked by his presence at the head of the Ministry of Sports, the Olympic and Paralympic Games for the straight line and the holding of the Paris Olympics. With less than 800 days to the opening ceremony, there is little time left to open new topics around the event. The organization has already been in place for many months, now all that remains is to continue supervising the work with regard to the installations.

The sporting ambition is also well established, “we need to do a lot more” than the 33 medals brought back from Tokyo in 2021, explained Emmanuel Macron when taking stock of the Japanese Olympiad. The National Sports Agency has already set the framework and obtained financial means to contribute to it. The World Cup Rugby 2023 will be a life-size simulation of a first-class event, a few months before the Games. 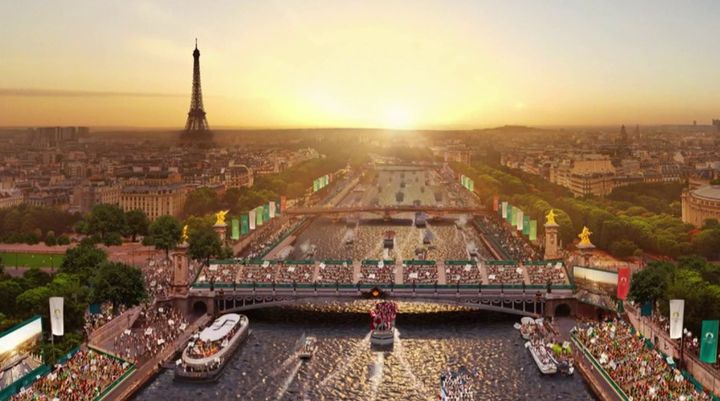 Beyond these two deadlines for the first part of the mandate, the Olympic momentum will have to not remain a parenthesis without a future. Paris 2024 should be for Amélie Oudéa-Castéra the opportunity to further promote sport throughout France and to perpetuate the good intentions and structures supported by the State, such as the project to build 5,000 places to practice sport mentioned by the President of the Republic in October 2021. It is also at this price that sport will take a real place in public policies.

The law on parity as a witness to government action

Equality between men and women had been drawn up as one of the “great causes” of Emmanuel Macron’s first term. The Oxfam association, which fights against inequalities, drew up an eloquent first assessment last March of the results and the still insufficient means of the French State in this area. “The work is not finished“acknowledged Emmanuel Macron, placing gender equality again among his priorities.

Sport is no exception to this theme. Amélie Oudéa-Castéra will have to follow in the footsteps of the last passages of Laura Flessel or Roxana Maracineanu. Parity in the positions of leaders of sports federations was enshrined in the law on the democratization of sport which comes into force in 2024 at the national level. It is up to the new minister to be the guarantor of the application of this provision. More broadly, the fight against discrimination remains an ongoing battle, as recently shown by the controversy surrounding Paris Saint-Germain player Idrissa Gueye.

Beyond performance, the subject of sport-health

The Covid-19 and the confinements have revived – whether we like it or not – the interest of some French people in the practice of sport outside of a competitive framework. What influence public policies on sport as a tool for health prevention? The regular practice of a physical activity contributes to fight against obesity or limits the risk of cardiovascular disease. The risk of an increase in sedentary workers with the democratization of teleworking could also encourage the Ministry of Sports to do even more to facilitate and encourage the practice of healthy sport.

Emmanuel Macron also put back on the table the measure of a compulsory slot for practicing sport at school for 6-12 year olds, from the next school year. The implementation of this provision should be one of the first hot topics for Amélie Oudéa-Castéra, while many voices were raised on the difficulty of being able to grant this time in already dense days, and with limited means.

Another theme which the Minister will have to take up as quickly as possible, aggression and incivility in sports places. Before the resumption of the seasons and after a 2021-2022 financial year enamelled with numerous incidents in Ligue 1, concrete actions and a deeper reflection on the question of supporterism in France must be carried out. This will have to integrate all the players in the field into the heart of the dialogue: clubs, groups of supporters, Ultras, etc. 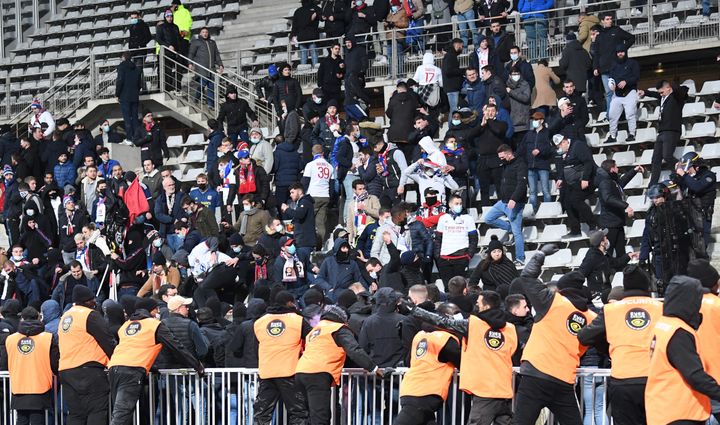 Riot police intervene in the stands, during the 32nd final of the Coupe de France between Paris FC and Olympique Lyonnais, at the Charlety stadium in Paris, December 17, 2021. (BERTRAND GUAY / AFP)

This reflection could ease tensions and participate in the fight against violence, especially in the amateur world. Handball referees beaten up in Garges-lès-Gonesse on May 11, 24-year suspension pronounced against the attackers of a referee in the Somme, director of the Stade Rennais training center beaten and insulted by the father of a player from club… Events of this kind are multiplying, especially since the end of the health crisis.

Continue to connect with esports

Another battle horse of Emmanuel Macron, digital technology sees its scope in sport through the growth of esports and the competitive practice of video games. While France has many video game studios and esport structures, the President of the Republic insisted on the importance that discipline must take on in France. “It’s up to us to take advantage of it to make the link between the Olympiads of the two worlds by hosting the biggest sports events in the world that year: a major in Counter Strike: Global Offensive, the Worlds of League of Legends and The International of Dota 2. (Editor’s note: the three biggest competitions in the discipline)” imagined the Head of State in an interview with the specialized media The Big Whale on April 24.

EXCLUSIVE@EmmanuelMacron agreed to answer questions from @TheBigWhale_ on digital, Web3 and innovation.

This is THE big Tech interview for the candidate.

The Ministry of Sports should thus be in the front line to participate in the rapprochement with esport and institutionalize it. The France esports association, which has signed an objectives agreement with the ministry, called for it in a “roadmap” published for candidates in the presidential election. “The association still lacks this direct support, despite the fact that it has been envisaged several times by the State Secretariat for Digital Affairs in the recent period. (…) Our sector needs a representative identified by all thanks to a clear management provided by the State which will encourage the territories to seize esport and to give themselves the means to develop esports policies. ambitious locals. This is the great challenge of the coming five-year term.“